Firing An Employer The Right Way 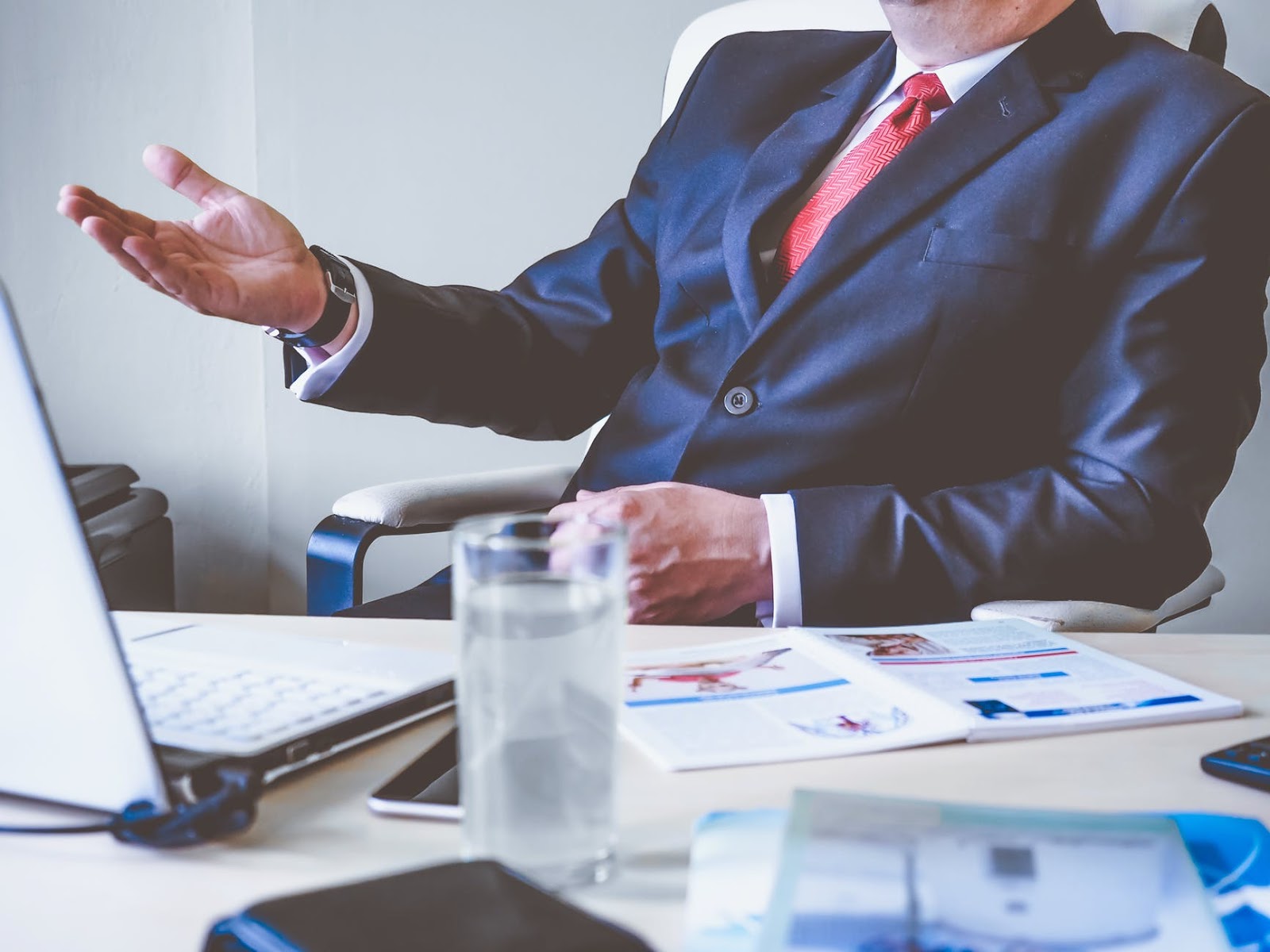 Being a boss is challenging, and the toughest part of the job is to look them in the eye and tell them they no longer have a future at the company. It might be personal, it might be business, but it needs doing for the sake of the business. Building a successful organization means you must be ruthless and make informed decisions as quickly and efficiently as possible.e

Of course, letting an employee go isn’t something you can theorize. To understand the real impact, you have to do it and ensure you do it correctly. Firing someone the wrong way is going to impact you and the company, personally and professionally. As a new leader, it’s hard to tell what you should do and when you should do it to protect your startup, and firing a worker is a harsh learning curve.

So, if you think you might need to have an awkward conversation, or you want to prepare for the worst, you should check out the advice underneath. Firing an employee the right way isn’t a science, but some features make it easier for all parties involved.

Whether positive or negative, they will come into play when you call a person into the office and break the news. If you and the worker haven’t got along and have clashed, there’s a good chance that they know the decision is coming when they attend the meeting. In this scenario, it’s best to be magnanimous so that there is no extra tension in the room. Making it seem as if you delight in the process, considering you’ve never been chummy, will result in the person lashing out.

People with whom you have a positive relationship are harder to fire. Why? It’s because they have no idea that they are in the firing line. The fact that you laugh and joke make them think everything is rosy and there are no problems. So, when the time comes, it will be a shock, and people don’t react constructively in these circumstances. Although it sounds harsh, especially if you like the person, you might want to be more distant.

Once they begin to see the warning signs, they will understand there is an issue and (hopefully) try and change their behavior. With that in mind, don’t fire them straight away – give them time to pick up on your signals.

Tell Them About Your Feelings

Sometimes, it’s easy to build up the feelings of resentment in your head to the point where you think firing an employee is the only option. And, that might be the case, in which case they need to go right now. However, terminating a worker’s contract is only a smart move when you know that they can’t or won’t change for the sake of the business. On the flip side, people who understand their weaknesses and try and turn them into strengths might become valuable team members.

Therefore, you must tell them about your feelings, focusing on specifics that are non-negotiable. Whether it’s their punctuality or productivity, they need to hear it from your lips without trying to read between the lines. Then, you can see whether the employee has the strength of character to stay in the job. Regarding the conversation, it’s essential to keep it on track so that the waters don’t get muddied. The Harvard Business Review recommends identifying your part in the process.

That way, you can verbalize your intention without seeming as if you oppose their point of view. Instead, you’ll be a partner who can educate them rather than preach.

Give Them A Warning

A warning, whether verbal or written, negates the shock elements and tells them in no uncertain terms that they need to improve or else face the consequences. Often, businesses add a deadline to a warning, such as one month, so that employees understand the severity of the situation. Also, you can’t wait around forever for them to modify their behavior.

However, more important is that a warning is evidence of your intentions. Employers can’t fire anyone they like without a solid excuse. Otherwise, a stack of lawsuits will land on your desk and put the company’s finances in jeopardy. By filing the meeting and a copy of the warning with HR, you’ll have evidence to back up your statement and save the business a lot of resources. This Inc post points out that specific acts are too blatant to warn an employee, and they need sacking on the spot. However, for the most part, it’s the kind thing to do that negates the drama.

Don’t forget about the message you want to send to the rest of your staff. Showing them that everyone gets a second chance shouldn’t overly harm morale.

‘The Apprentice’ might have made the term ‘you’re fired’ famous, but the majority of bosses avoid the phrase. It’s because you need the person on the receiving end to understand your decision in no uncertain terms. Firstly, employees must see that your mind’s made up and no amount of pleading will save their skin. Secondly, it’s vital to produce indisputable evidence.

How can you do that? It’s not straightforward; however, you should never fire anyone unless you’re sure the decision is inarguable. The last thing the company needs is a drawn-out court case. With that in mind, you can consider using CCTV to prove theft or track their internet and email usage. The latter are legal as long as you do it on business devices and not their personal ones. Another option that Jobfit Health Group offers business is drug and alcohol screening. For safety purposes, you can ask employees to provide samples to ensure they aren’t intoxicated on the job.

For specific roles, such as drivers and machinery operators, substance screening is critical as one slip can result in serious injuries.

Go Through What’s Next

You’ve done it, and while it was tough, it was the best thing. But, instead of enjoying the sense of relief, you’ve got to continue to work because the process isn’t over. During the meeting, which you should keep short and sweet, it’s essential to make them aware of the next steps. Never leave any room for uncertainty – show them where they stand and what their options are in the short-term.

To do this, you want to inform them when they’ll be expected to leave the office so they can collect their things. Also, speak to them about severance pay and references if they require one in the future. Try not to go into specifics about the reasons to swerve an argument. A fantastic piece of advice from The Balance Careers is to do it early in the week. Firing someone on a Friday gives them all weekend to gauge how they feel and come in on Monday to vent their emotions while clearing their desk. Doing it midweek ensures the entire process is over within a day and a half, no longer.

During all this, you should have a witness present in case there are strong words and counterclaims further down the line.

Lean On A Lawyer

As you can tell, the process isn’t clean cut or smooth. If anything, it’s political and difficult to navigate as a result. And, because there are potentially fatal consequences in the making, one false move could leave you open to a lawsuit. Navigating the process correctly is essential, and that’s why you must consult with an attorney. With their experience and skill, the company (and yourself) won’t be vulnerable to attack.

A non-disclosure agreement is a fantastic example. Investopedia points out the types of NDAs and how businesses use them to their advantage, but employees aren’t stupid. They know their options are limited once they put pen to paper, which is why you could add an incentive, such as extra severance pay. Of course, using money as a way to get what you want won’t look good in front of a judge unless the wording is on point.

So, if you don’t have a lawyer on retainer, which you should, then it’s time to find one you can trust. A tip: avoid jack-of-all-trade attorneys. Employment specialists understand the fine art of protecting a company from a disgruntled worker.

There’s nothing worse than firing an employee and acting as if it didn’t happen. When you do this, you let the office gossip and fuel the rumor mill with stories that aren’t true. Even if they are, the last thing you need is for the staff to focus on the past and side with the person you’ve terminated.

Instead, call a meeting and address it head-on without going into detail. You can use it to your advantage in some situations. For example, redistribute their work to others and give them more responsibility. Usually, a pay rise and more power helps them to forget.

Firing an employer is never going to be fun. It’s challenging and filled with emotion, but you’ve got to get the job done and do it properly. Can you step up to the plate?